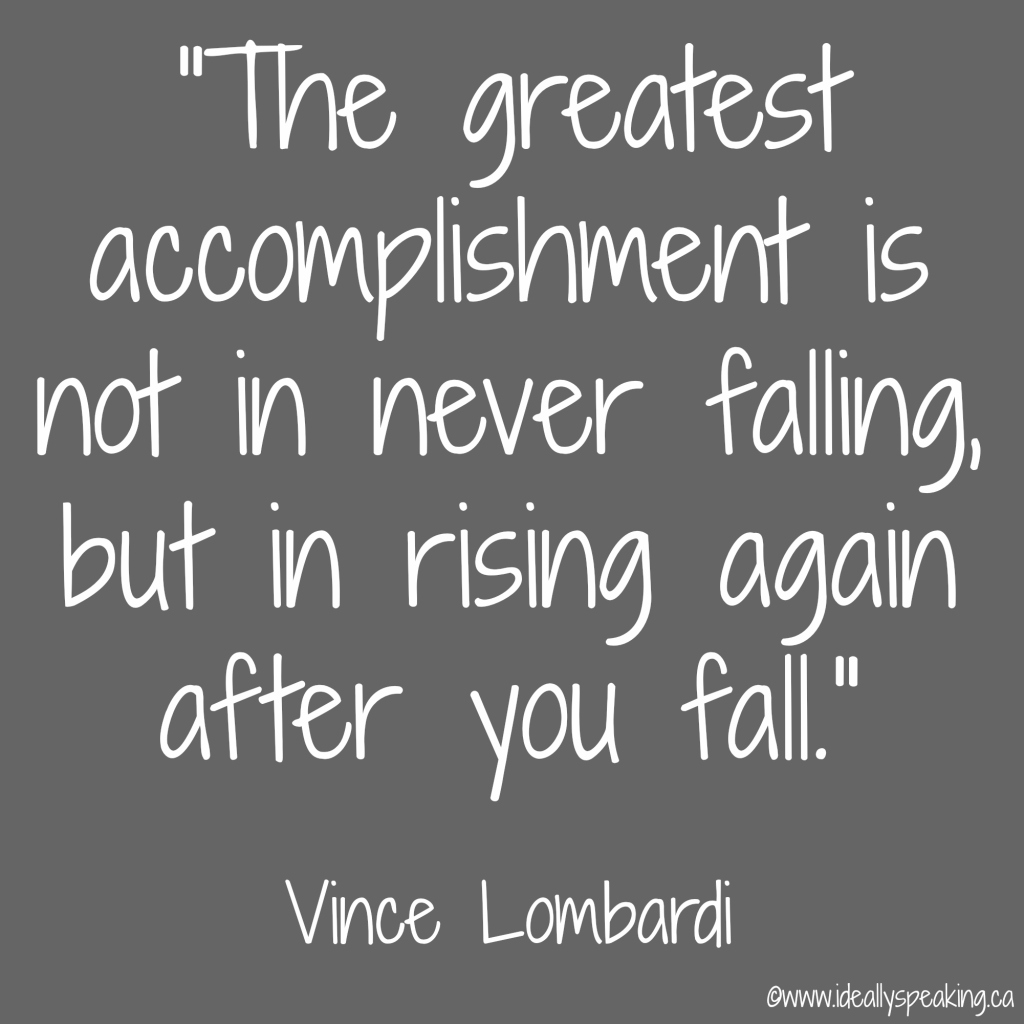 Well it’s official. I’ve hit my 30s. As of 2 weeks ago, I can no longer say I’m in my 20s. While that fact is a little hard to swallow, it went down easier than I expected. Age is just a number after all.

On the Friday before my birthday, I posted on Facebook and asked if there’s anything special I should do to celebrate the going out of my 20s. One friend had a really great suggestion to make a list of everything that I’ve accomplished in my life up until this point. Then to sit back look at that list and feel proud. Another friend commented right after that stating that she smelt a blog post coming on. I couldn’t agree more.

So here it goes, a list of everything that I’ve done with my first 30 years of life.

At age 6 I had my first story published. Granted it was just in the Mount Forest Public School yearbook, but I do recall my teachers telling my mom but a grade one student never been published in the yearbook previously. It was sometime around that point that I knew I wanted to be a writer.

Sometime in the third grade I wrote my first song. I’m sure it was terrible. But hey, I wrote a song at age 8.

At age 12 I joined the school paper. This was a very proud moment for me, because they had never had a writer from the junior high grades. Our school paper was a two page spread in the town’s paper. Which meant at age 12, I was published in the town paper. I went on to have an article published in nearly every biweekly edition of that paper for the following 7 years.

At age 14 I sought out therapy and counseling for the first time in my life. I did so without my parents knowledge. I was overcoming and still living in an abusive household with my ex-stepfather. I felt mature enough to make the decision to get help on my own. So proud of that.

At age 15 I finally fully stood up to that ex-stepfather. After he left the house one evening, I handed the phone to my mother, and sat beside her. Together we called the cops and made the initial steps to regain our lives.

At age 16, I became editor of the school’s paper and became an intern for the town’s paper itself. I also became president of our schools chapter of Ontario Students Against Impaired Driving and joined the local chapter of MADD, as their first ever student member. I had actually continued working with MADD actively until Lilly was born. I will get back into it again when the kids are a bit older.

At age 17, in grade 11, I was given the Ontario Principal Award for Student Leadership. This is an award that is only supposed to be given to graduating students, which I was not. My principal felt that my involvement in the school was worthy of the award early.

By age 18 I had met my soul mate. I know it’s not all that common for many people to meet the love of their life in high school, but I did. I knew what I had and I was not letting go of that man. Being together at such a young age was tough. Staying together through all the changes of our early 20s was even harder. But we look at each other now and I know we both know it was worth it. 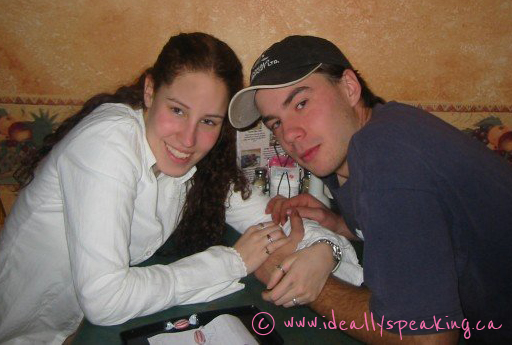 Teenagers in love. One year into dating.

At age 19 I graduated high school and got the heck out of Mount Forest. I’m counting this is an accomplishment because for me it was a long time coming. It’s nice to go back now and visit with friends and family, but that town signified a place that unfortunately had a lot of bad memories for me, and I couldn’t wait to get out.

Also at age 19, I fully came to terms with what had happened to me as a young girl. I finally admitted the acts of molestation to my immediate family and went back into therapy to deal with it. I count this as an accomplishment because it took a hell of a lot of courage.

At age 20, the summer between my two years of college, I traveled with Free The Children and Leaders Today (now Me To We) to Kenya for a month. There, I taught English to students in the morning and helped to build them a new school in the afternoons. It was honestly one of the most life altering experiences I’ve ever had. 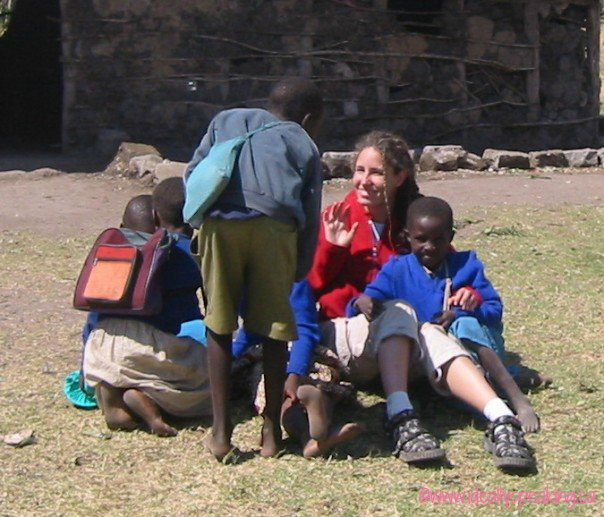 Relaxing at recess with a few of the school kids.

At age 21, I graduated college as one of the top students in my entire program. This was a big accomplishment, because as involved as I was in high school, my grades were terrible. I just didn’t care. However, getting away from that town and learning about something I was interested in, made all the difference. It showed me that I was more than smart enough, as long as I applied myself.

At age 22, I married my best friend. We were young. We were the first of our friends to get married. It was a big step, but it was the right step. Right before we got married, we also bought our first home. That was nerve wracking, but really solidified that feeling of being an adult and starting the next chapter of life. 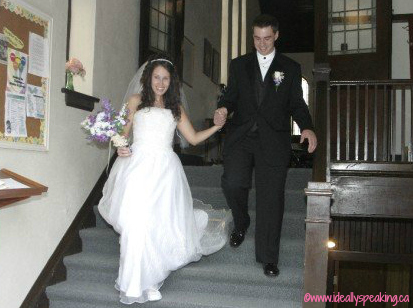 At 23, I started working for a small, environmentally friendly start-up as their sole employee. The 5 years that followed were grueling, but honestly, I did things to help launch that company that I never thought I could do. I learned more than I ever could have imagined.

At age 24, upon learning that my ex-stepfather had a daughter with his new wife, I went to the police with my whole story for the first time. I still remember how much I was shaking while giving my statement. When we had him arrested nearly 10 years prior, I had only admitted to the abusive nature of his discipline style. I kept the molestation to myself for years. The cops took my statement and approached him. It was the first and only time he has been confronted on it. The officer that confronted him told me that he cried like “someone who had their hand caught in the cookie jar. He acted like a guilty man.”  I don’t need to pursue it further, but from that point he officially knew that I had not forgotten what he did to me and I never will.

At the tender age of 25, I became the Federal Riding President for the Simcoe North NDP. I was overwhelmed and scared crapless…but I did it! I held onto my presidency until just this past fall. With baby #2 on the way, it was time to hand over the reigns. Being that involved in politics is something I will continue to do. I want my children to see that involvement. 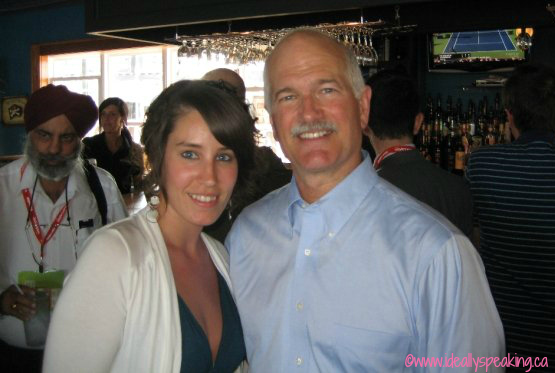 At age 26, I had the biggest accomplishment of my life. I became a mother. I brought a human life into the world. I remember being utterly terrified going into labour and then just feeling like it was so natural and as if it was something I was always meant to do. The following few months were a learning curve as a parent, but I have an incredible 3 year old little girl who is smart, witty and so full of life. I still look at her completely awe struck and think, “holy crap, I made that.”

So tiny and so perfect.

At age 27, after nearly 8 years of writing/marketing only for the corporate world, I started this blog. It may not seem like a big accomplishment, but it was a move to help me reclaim my voice and ultimately avoid writer’s burn out. I blog about everything and refuse to choose a niche. This is my space, for me and I have worked hard to slowly build it over the past 2.5 years.

At age 29, I was published in Canadian Family Magazine. This one was HUGE. Being published in a national magazine was on the unwritten bucket list. I still carry a copy of that magazine with me every. single. day. in my computer bag. I can’t miss an opportunity to show someone my name in national print! 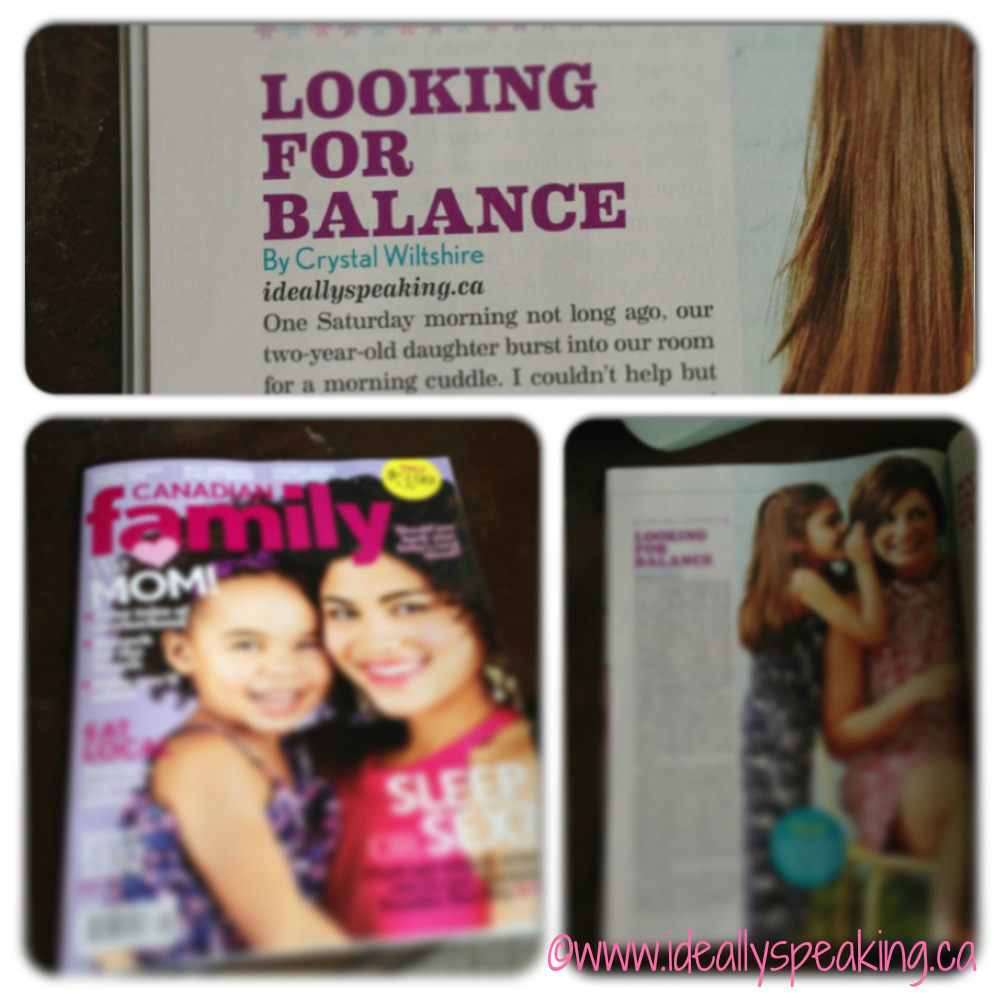 I truly hope to have more of this in my future.

Also at age 29, I enrolled in university. This has been challenging only because I found out I was pregnant a week after the course started. Doing a very self-motivated based course when your body wants to sleep at 7pm can be tough. I’ve had to get an extension, but I will be wrapping it up in the next 6 weeks before our little man arrives.

Now, at age 30, I am about to have become a mother for the 2nd time. We have faced some big ups and downs with this pregnancy and it has been trying, but I know it is all completely worth it. I can’t wait to meet our son in just a few short weeks and grow our family. 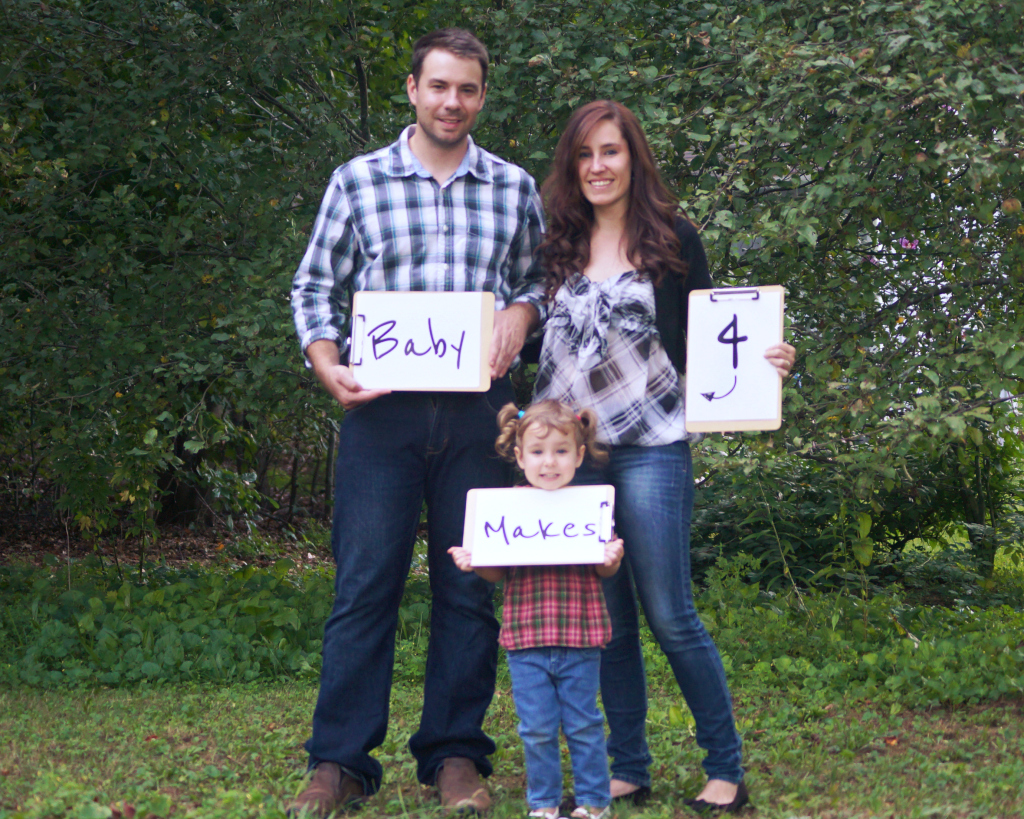 Here’s to the next 30 years. Ideally speaking, they will be filled with even more accomplishments and happy memories.

Going back to school. As a full time working mom.