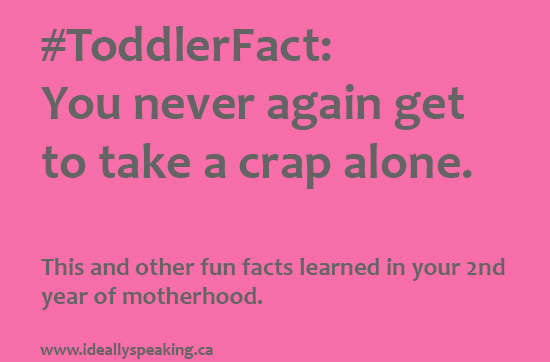 It has happened. My baby has grown up and has started that new stage of life, somewhere between toddlerhood and little girl. I no longer have to refer to her age in months; she has officially turned 2.

How the hell did that happen?

I am alive and amazingly so is the munchkin. Score two for me!

Just as I did after surviving my first year of motherhood, I decided to share with everyone what insights I gained in my second.

Ideally speaking, all children and parents would be able to learn all this and so much more from each other, everyday.

What did you learn in the early years of motherhood?

Things you learn in your first year of motherhood.

#WordlessWednesday: My mom of the year award moment.