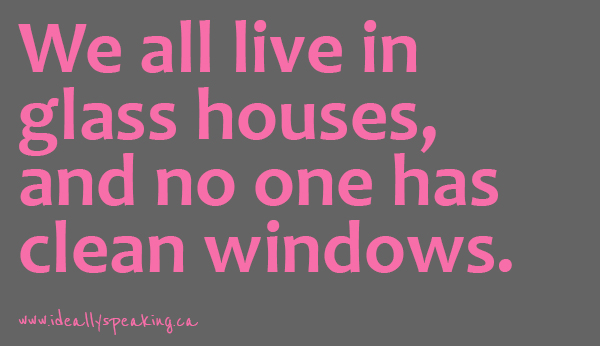 Normally on Friday’s I try to share a humorous post about my little monkey, shaming her future self by publishing stories about her public nose-picking for the whole wide web to see. But today is different.

I read an article that prompted me to leave a comment…which was of novel proportions. So I figured I should share it here.

The world of motherhood is a strange and amazing place. It is true what they say about feeling like you are part of a club once you have produced human life. However, that club has it’s own set of rules and justice, complete with mock trials via the internet.

The article, published on Today’s Parent, about how Canadian journalist, Rebecca Eckler left her baby to go on vacation. The article had a theme that struck a cord with me:

Isn’t it time that mothers stop judging one another?

It was a well written piece outlining the amount of controversy and opinionated attacks that can be spawned amongst moms over these types of topics.

Here was my lengthy response:

Surprisingly, there is no stronger judgement passed than in the world of mothers. It is a crazy contrast to the nurturing and supportive nature that we show each other 75% of the time.

Each parent has the right to make decisions for their family (provided of course their legal and not harming anyone) and to the freedom of not being judged as a result.

We live in a society where the anonymity of the internet feeds to very opinionated bravery. I worry for our children in the future, when they google our names, and see just how blatantly the mothers of this generation have attacked one another on a mass and open forum.

For the record, there is no way I could have gone away when my little lady was only 10 weeks old. I would have been an utter mess, racking up a $5,000 phone bill calling home every 15 minutes. However, I did go back in to volunteer in my office a few hours a week by the time she was 6 weeks, so who am I to judge? My husband did go away for a week to Cuba when she was only 19 weeks old, and I survived. Barely

To each their own. Every mother, every child & every family is different. It is easy to pass judgement and spit out harsh words from behind a computer screen, but there is no such thing as a perfect parent. Period.

Ideally speaking, people would realize that we all live in glass houses, and that no one has clean windows.

Friday Funny: Can I Do Selective Potty-Training?

Friday Funny: Picking your nose impresses no one.

Friday Funny: Why didn’t she inherit my love of shoes?!

Friday Funny: My toddler got inked!