With the birth of our little man just around the corner, I figured I should take a moment to share Lilly’s birth story, before I have a new one to tell.

I started blogging when Lilly was nearly one and went at it with a go forward approach. But I would like to take a moment (or 20) now, hop in my time-machine and revisit the day I met my perfect baby girl.

Now, I went into my birth plan the way any mildly crunchy, environmental-tattoo wearing Mama would. I wanted as little intervention as possible and was pretty determined that I wouldn’t be getting an epidural. 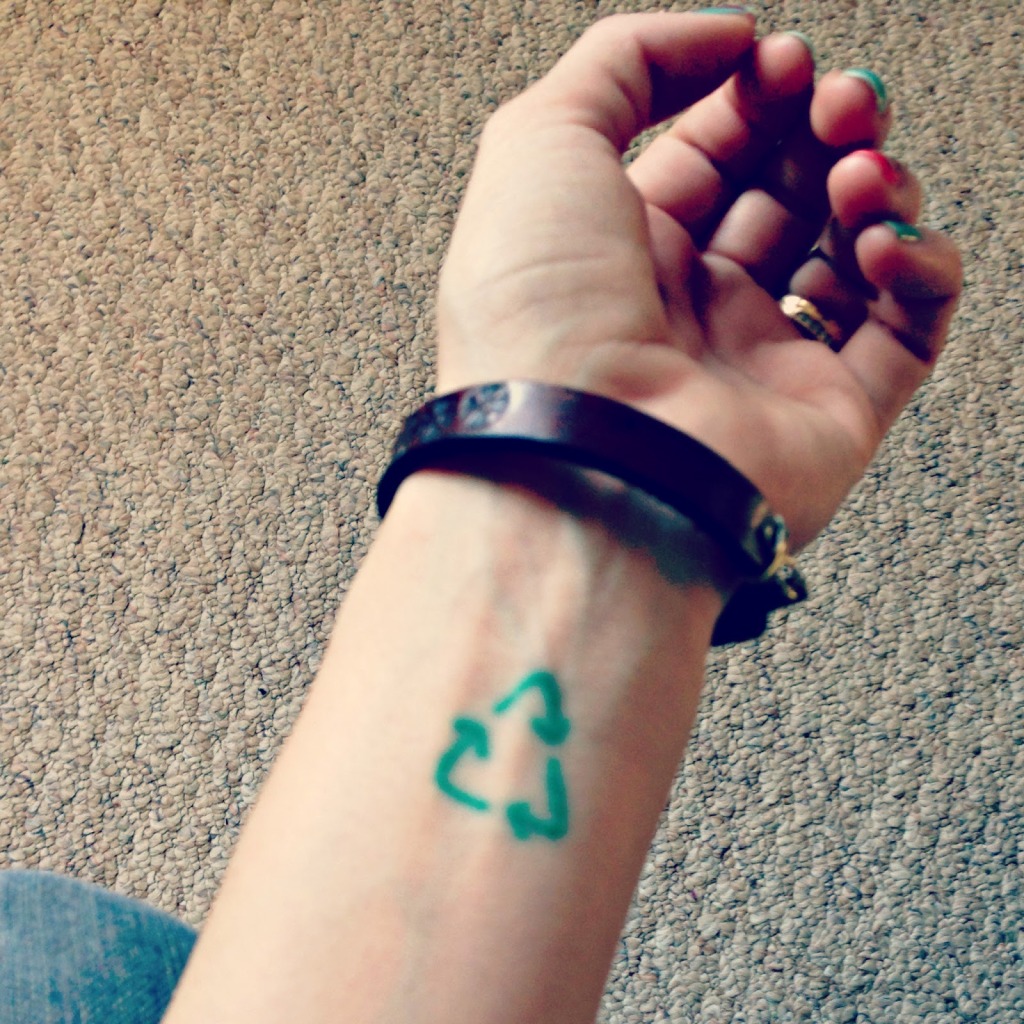 What I didn’t realize until just a few weeks prior is that I would be induced. I developed Cholestasis of Pregnancy, a rare liver disorder that can increase the chances of harming the baby or causing still birth the closer I am to full term. As a result, they induce no later than 38 weeks to be safe.

Once we heard this news, friends and family starting coming out of the woodwork to warn me how tough it can be to be induced. That it can bring on very hard labour. I took in everyone’s advice, but was still quite clear on what I wanted.

We arrived at the hospital by 8am, as requested. There was a bit of a shortage of delivering doctors at the time, so I didn’t actually get induced until 2:30pm. The doctor used an cervical tape and told me that they would leave it in for 1.5-2 hours max…

The doc, who had been held up in surgery, came back to remove the tape and check me over. I don’t know that I can adequately describe the pain I was in by that point. I had been having hard labour for over 2 hours, while strapped to a triage bed so they could monitor me and the baby. The few minutes that he took to check my how far dilated I was are probably the most painful few moments of my entire life to date.

At this point, they moved us down to our delivery room. I vaguely remember walking down the hospital hallway and arriving in that room. Once in there, the contractions were coming quickly and so fierce that I recall dropping to my knees in pain. My girlfriend, Melissa, who was in with us, told me that I was going pale white and she feared I was going to pass out. I only recall this happening a handful of times. She told me it lasted for a few hours! Basically I think I partially blacked out for about 2-3 hours.

Somewhere in there, I made the decision to get the epidural. Adam was out getting some dinner for himself and Melissa. I remember sitting on the edge of the bed, with Mel giving me a bear hug to hold me still enough to get the injection.

The epidural kicked in quickly and within moments, Adam was back and we were all playing Are You Smarter Than a 5th Grader on Mel’s iPod touch. It was like night and day.

Now, let me be clear, I am not an advocate for getting an epidural. I still wish I had been able to go through labour more naturally. I am an advocate for doing what you feel is best for you and your baby. In my situation, I am sure it is what lowered my stress level and allowed me to be much more aware and present for the birth of my daughter. Although I wish it had gone differently, I do not regret it at all.

The downfall to an epidural, of course, is that it can slow labour down by quite a bit. I continued to have regular contractions throughout the night, but was dilating very slowly. The staff had held off on any other forms of intervention (such as pitocin, or breaking the water, etc) because they knew that was my preference. Adam and Mel took turns napping, while I tried to get some rest.

Finally by about 2am, I was dilated enough to begin pushing.

Pushing started out great. I was getting in a good 2 or 3 pushes each contraction. I felt proud. I could do this!

I was exhausted. I was starting to become panicked and frustrated. Determination took over and I was getting in 3-5 pushes with each contraction.

Then another 2 hours passed.

She had been crowning for the past hour, which was great knowledge at first. However, it quickly became a new point of frustration. Melissa was trying to keep me motivated by telling me to reach down and feel Lilly’s head. I would, but as soon as the contraction was over, the little bugger would pop back in. I was getting very, very tired of peek-a-boo.

Finally, after 4 hours of pushing, I asked the nurses if we could try pushing on my side. I recalled that my mom had delivered each of us on her side and thought it was worth a shot. So I rolled onto my left side, pushed once and out popped Lilly!

They told me I had a beautiful baby girl, gave her a very brief wipe down and put her directly on my chest – something I had requested prior to delivery. The doc then invited Adam to cut her cord, which he did. 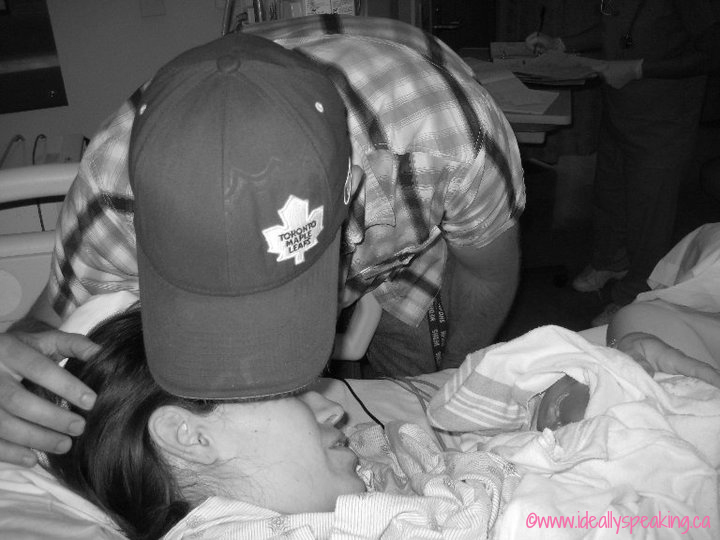 When they placed her on my chest, all I could do was stare. I couldn’t believe I was holding a human life that I had grown inside of me. It is still the most surreal moment of my life.

It’s completely cheesy, but undeniably true, that you fall in love with your child the moment you see them. Within seconds you know that there is not a single thing on the planet you would not do for this tiny person.

Adam leaned over and kissed my forehead, staring down at our little lady with the same awestruck disbelief that I had.

He then went to the other side of the room with the nurses while they weighed her and cleaned her up. I recall looking over at him on the chair a few moments later. He was holding her with a few tears coming down his face. It was beautiful. 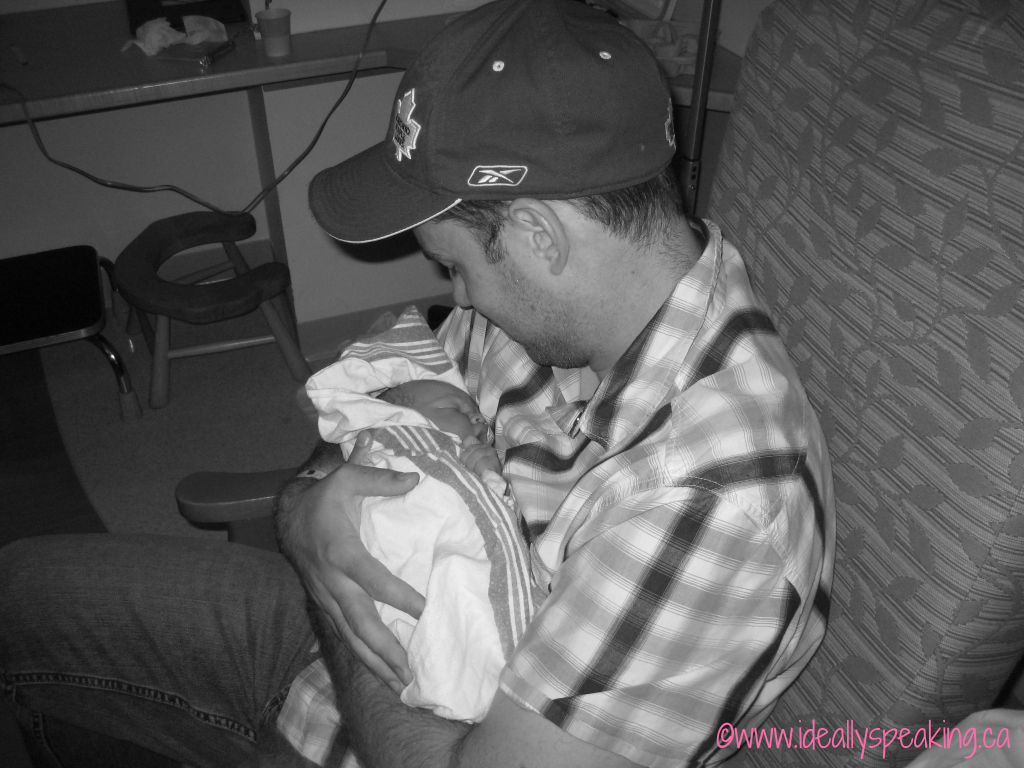 Melissa was sure to capture all of the first moments on my phone, but I wanted one with her as well. It takes a true bestie to stand by your side for 16 hours, through the middle of the night and be your support. I am forever grateful. 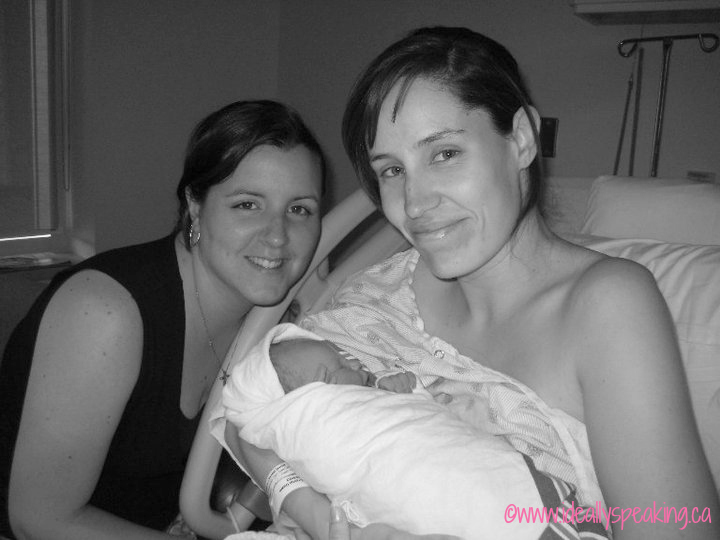 I know this is a day that I will truly never forget. It had always amazed me in the past that mothers could recall details of each child’s birth, even decades later. Now I completely get it.

However, ideally speaking, I will know a little more going into this next labour…

Our daughter is full of crap. True story!