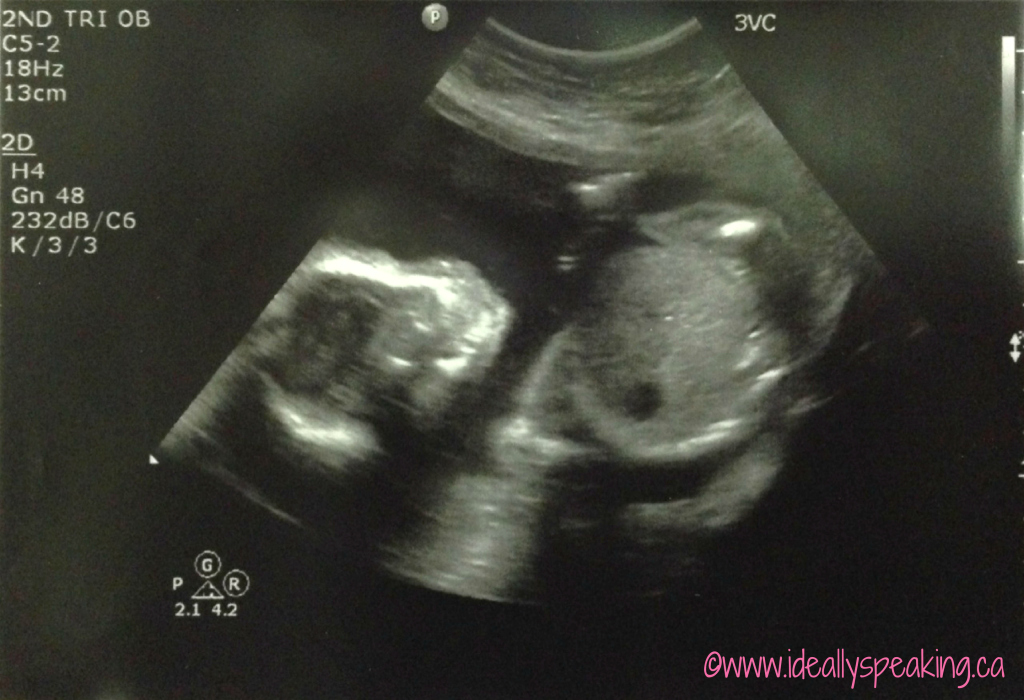 Last Wednesday, we had our full scan ultrasound. I had been counting down the days for this one, since we were hoping to find out the sex of the baby. Spoiler alert – It’s a boy!!!

My husband and I are both very excited. We’ll have the “millionaires family” as they call it.

Lilly, however, is a bit of a different story. Next to hearing the news, she was the best part of the ultrasound…

Technicial: “So, do we want to find out the sex?”

Me: “Yes, if we can!” (she had mentioned the baby was on it’s tummy. I didn’t know if that impacted what she could see.)

Technician: (moving the wand to a different part of my belly) “Alright, well there are two leg bones there….and what does that look like in between?”

Technician: “That’s what that looks like to me as well.”

Lilly: (Throwing her hands up in the air triumphantly) “Yeah, it’s a baby girl!”

The technician, Adam and I all burst out laughing. Bless her little three year old heart. We’ve definitely had enough chats in the house about body parts that she knows the difference, but apparently her hope for a sister out weighed her ability to make the connection.

Lilly: (staring down the technician as if this is her fault) “Uhhh. I wanted a girl!”

Adam: “Well honey, we told you we don’t get to decide. I think you will like having a baby brother.”

Her only response to this was to cross her arms and crinkle her nose. Obviously Daddy was wrong with his assumption in that moment.

About an hour later, after our visit with our obstetrician, Lilly and I are getting into the car to head home. I thought I would see if she felt any different after hearing his heart beat again and getting to look at his first official photos.

Me: “Well Lil, you’ve had time to think about it. Are you excited to have a baby brother yet?”

Ideally speaking, she will learn to accept the idea of a baby brother…and won’t try to treat him like a little girl. However, MY little brother has some traumatizing memories of being decked out in dresses with bows in his hair, so maybe I shouldn’t hold out too much hope for that one…

#WordlessWednesday with linky: It’s a Boy!

Talking With My Toddler #6