The majority of Canadian parents face a common crisis each and every winter season. We suffer in silence, but with a knowing nod to our fellow caregivers on toboggan hills and front lawns filled with snow. It has plagued us all for generations, with only sub-satisfactory solutions offered. Nothing faces our challenge head on:

How the hell do we keep our kids’ damn mittens on?! 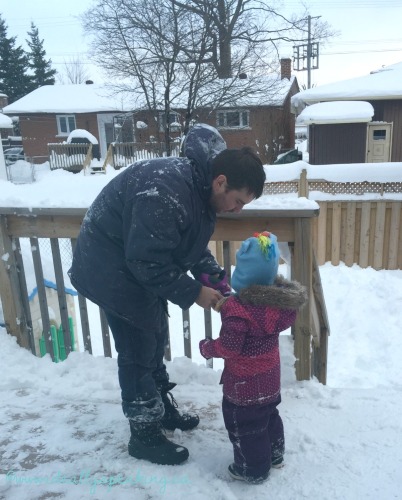 I am overjoyed to spread the good news that the answer is finally here! Meet MittGrips! A innovative sleeve that works with any mitts or gloves to keep them in place and also keep the snow out. You simply slide these sleeves over any regular mittens before your child puts on their jacket. They hold the mitts in place and keep the snow out. 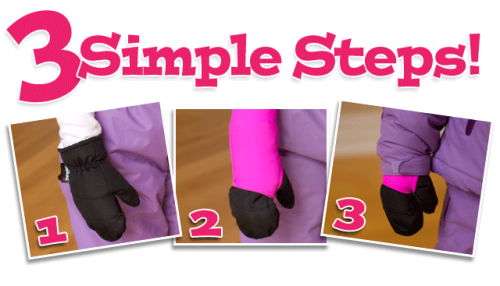 The idea for MittGrips was formed when inventor Roger Tremblay and his wife, Melissa, were spending more outdoor time chasing their daughter’s mittens, than they were actually playing. They tried out the same tired old solutions that we’ve all used with strings, clips, etc. However, none of those really seemed to solve the problem at hand. Pun intended.

To learn a bit more about them (and see adorable video of their super cute little lady) watch their Kickstarter video:

Roger and Melissa decided to launch MittGrips on Kickstarter in order to get the funding needed to place the first production order. Backers are rewarded with first access to the product in return for their contribution. If you are unfamiliar with how Kickstarter works, the project’s financial goal needs to be met or exceeded in order to succeed. In the event that the goal is not met by the end of the Kickstarter campaign, backers don’t pay their pledge. Without Kickstarter, MittGrips is unsure when they will actually be able to bring the product to market.

Today we got to try out MittGrips on our little ones. We received size small for Cole and a large for Lilly. When they first arrived, I thought they looked a little snug, but they went on quite well. If they were not a secure fit, they wouldn’t be doing their job

Cole’s little baby mittens didn’t have thumbs, but the MittGrips still did a fantastic job of keeping them in place. This was Cole’s first real time out in the snow, so he was wiggling around like a maniac. 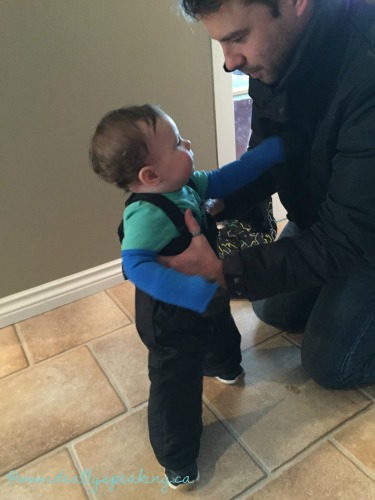 Those mitts are not going anywhere!

I may not be a huge fan of the winter season, but I certainly have a new appreciation for it when watching my kids enjoy it. 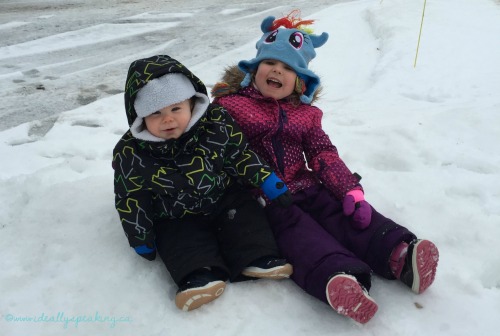 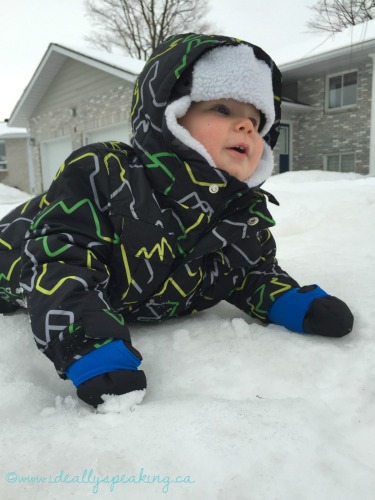 Lilly absolutely loves the snow. She would spend all day outside if we let her. She was right into it and immediately started on pelting Daddy with snow balls. She then moved on to making a snowman with matching snowbaby… 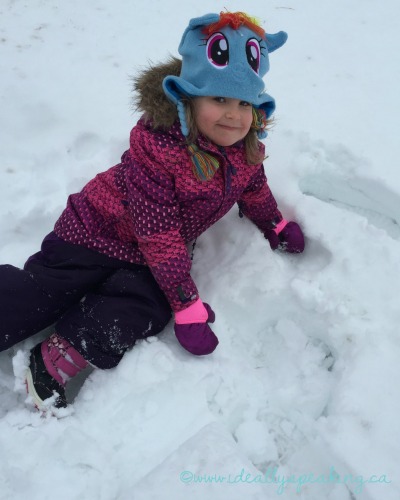 She gets right into the snow!

I am pleased to report that MittGrips upheld their promise in spades. For the first time ever, neither of us had to put Lilly’s mitts back on. And her shirt sleeves were bone dry when we came back inside.

I absolutely love products like this. I’ve blogged before about the innovative items I have found at various events such as the BabyTime Show. There is something so inspiring to me, about parents who see a need for something, create an idea and run with it. No one understands the little struggles parents face everyday as much as fellow parents do. It is empowering to see them turn an idea into a reality and create a solution for other families.

If you want to help MittGrips succeed, please spread the word! Visit the Kickstarter page and share the campaign. To get your hands (Pun intended. Again.) on a pair before everyone else, back the project for as little as $10.

I am giving away an $25 Amazon gift card AND a pair of MittGrips made by Roger himself!

Ideally speaking, MittGrips will reach their goal and little ones will be wearing them all over the place next winter!

Rediscovering the joy of winter